This article is the next installment of our Women’s Suffrage series celebrating the 100th anniversary of the 19th Amendment, which in 1920 provided women in the U.S. the legal right to vote in 38 of the then 48 American states. The movement started back in 1848 and took over 70 years to reach fruition when the amendment was finally ratified.

Women’s suffrage didn’t include all women, though. Those of color were initially excluded from the right to vote, a situation it took decades to rectify. And it was even longer before they secured the right to serve in political office.

Today’s feature highlights a few trailblazing women who have served – and currently serve – in Congress. Side question: can you guess what year the first woman was elected to Congress? It was 1916. I know, I was surprised, too! Check out her story below…. 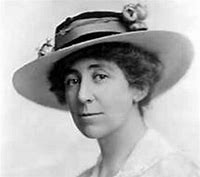 Jeanette Rankin (R- Montana) was elected to Congress four years before passage of the 19th Amendment. Montana added an amendment to its own constitution in 1914 that granted women the legal right to vote in that state. Congresswoman Rankin served in the House from 1917-1919 and later from 1941-1943. In her first victory, she won with 7,500 votes.

During her first term, Rep. Rankin formed a committee on women’s suffrage and initiated the House floor debate on what would become the constitutional amendment. She was also a noted pacifist, voting against U.S. involvement in both World Wars I and II. 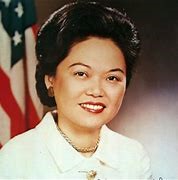 Patsy Mink (D-Hawaii) was the first Asian-American woman and woman of color to serve in Congress from 1965-1977 and again from 1990-2002. She collaborated with fellow congresswoman Edith Green to set up legislation that barred gender discrimination in academics and athletics at schools receiving federal funding (Title IX), an action that dramatically changed opportunity and participation for women in sports across the country. She also championed civil and women’s rights and education reform, and was an early critic of the Vietnam War. 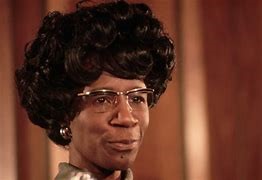 Shirley Chisholm (D-New York) was the first African-American woman to serve in Congress, from 1968 - 1982. She introduced more than 50 pieces of legislation, championed racial and gender equality, supported daycare funding and minimum wages for domestic workers, and advocated ending the Vietnam War. In 1971, she founded the Congressional Black Caucus. Rep. Chisholm also ran for the democratic nomination for president in 1972 and was defeated by George McGovern.

Ileana Ros-Lehtinen (R-Florida) is the first Latina woman to serve in Congress, from 1989-2019, succeeding longtime Rep. Claude Pepper following his death. She served 15 terms before retiring, writing legislation that awarded the Congressional Gold Medal to the Women Airforce Service Pilots (WASP) who had served as pilots in World War II. Rep. Ros-Lehtinen was also the first Republican in the House to support same-sex marriage, in 2012. 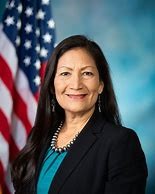 Sharice Davids (D-Kansas) and Deb Haaland (D-New Mexico) share the distinction of being the first Native American women in Congress, both elected in 2018.

Rep. Davids, from the Ho-Chunk Nation, is also the first openly LGBT member of Congress. She recently advocated a $3.75 million grant to the University of Kansas Medical Center to address disparities in COVID-19 testing.

Rep. Haaland, from the Laguna Pueblo tribe, sponsored a bill to help break cycles of poverty in native communities through smart economic development that was signed into law earlier this year.

As you can see, being female was only one hurdle these determined, unrelenting women had to overcome in paving the way for those now serving in Congress. The total number of women serving in Congress was 127 – the highest number ever in 2018.

Shirley Chisholm said it best: “If they don’t give you a seat at the table, bring a folding chair.” No doubt we’ll continue to see more women run for political office and serve in the future.

Schneider Downs, in conjunction with the SD Focus on Women committee, is dedicated to empowering our women to excel and reach their highest potential.

© 2021 Schneider Downs. All rights-reserved. All content on this site is property of Schneider Downs unless otherwise noted and should not be used without written permission.